Beginning during the period of study for his B.F.A. at the University of Colorado, Norman Daly became became inspired by Southwest and Native American art. Far from appropriation of Native styles, he approached them with a reverence which served as lifelong inspiration. These works were first shown at the Durand-Ruel Galleries, then the Bertha Schaefer Gallery in New York City in 1947-1950 in both group and one-man shows.

Fragment of a Cave Painting 1947

We have titled this untitled, one-of-its-kind work by Daly and have included it with the Southwest Series collection exhibited below. For his vast work of fictive art, The Civilization of Llhuros (1972), Daly again created many such fragments belonging to the five Llhuroscian archaeological periods. Discovered in Norman Daly’s residence in 2022. 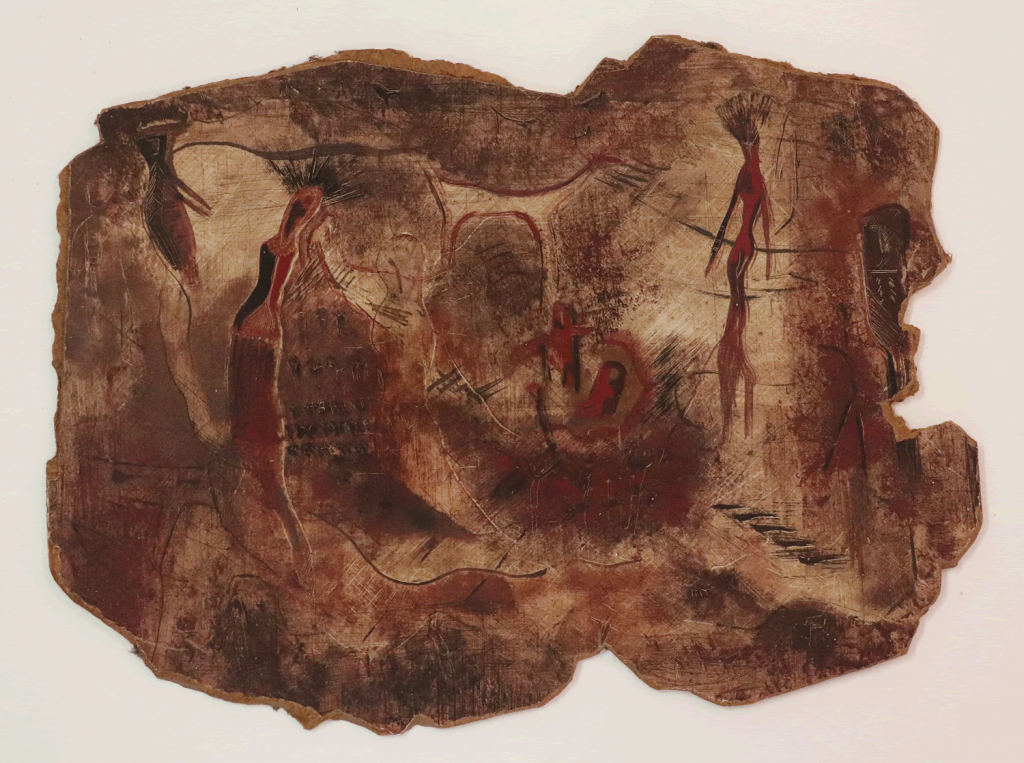 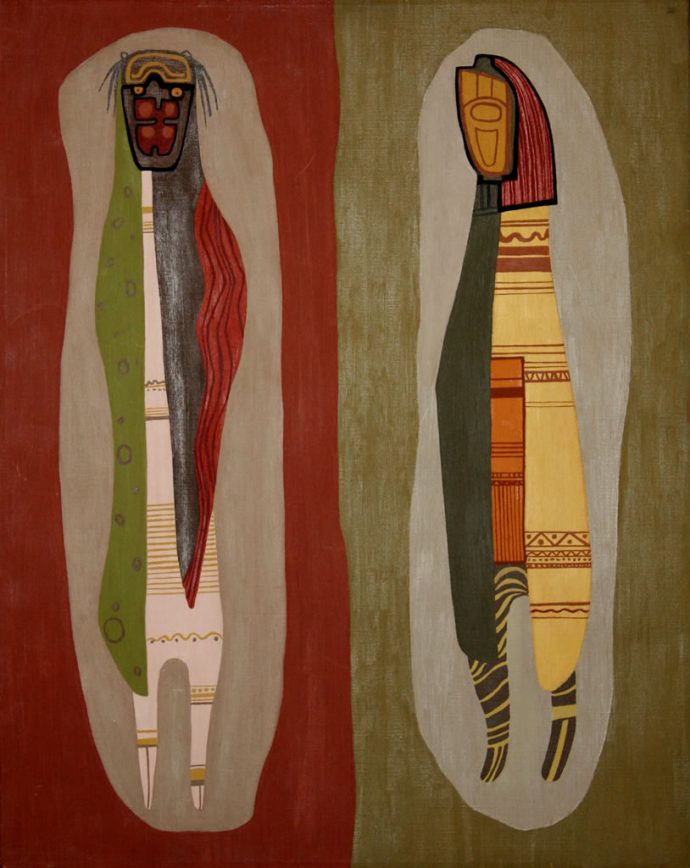 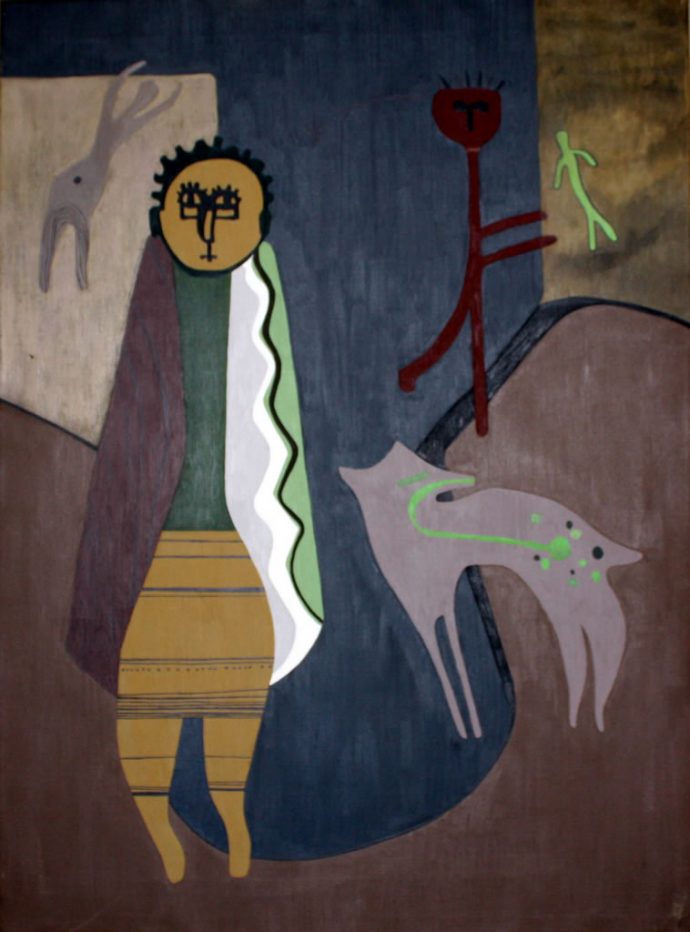 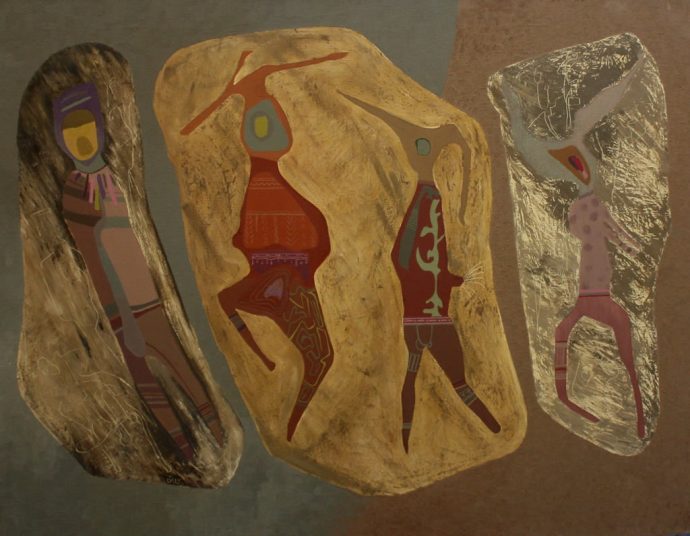 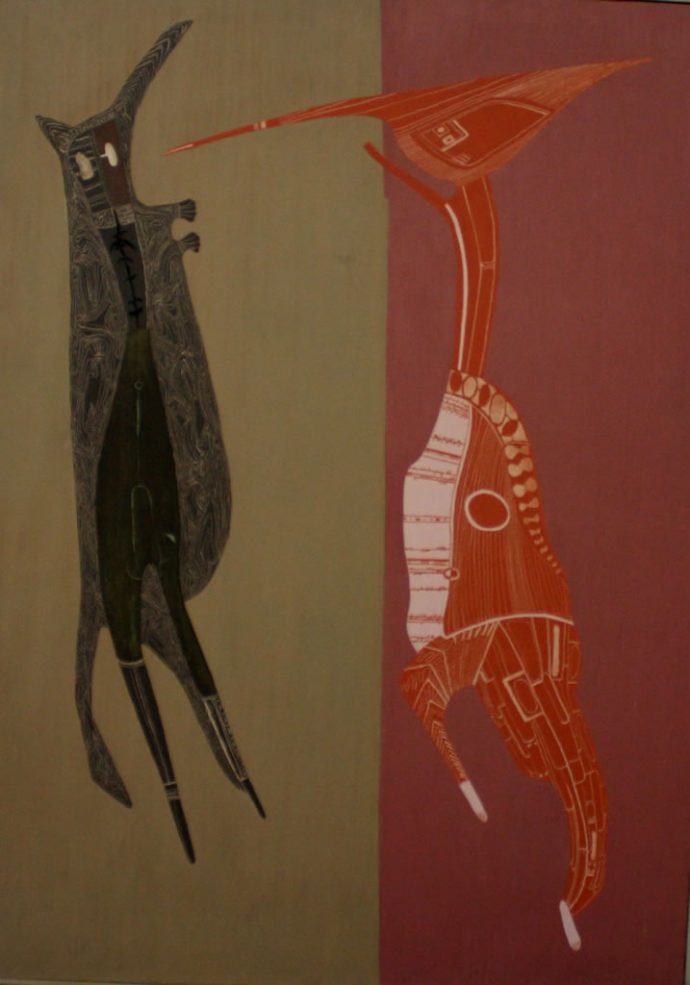 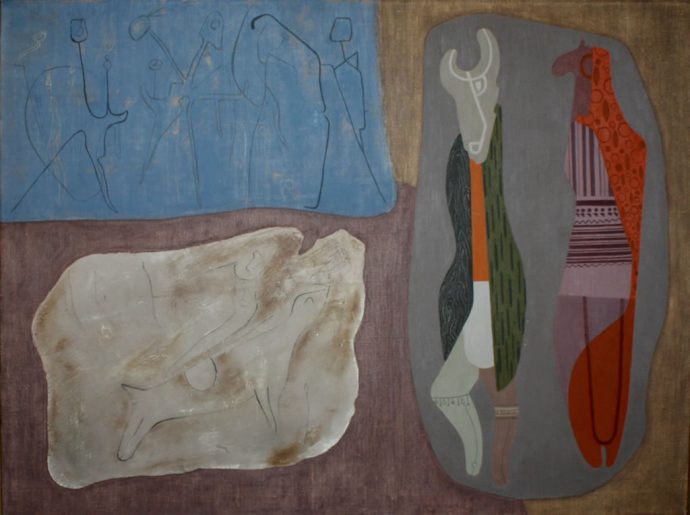 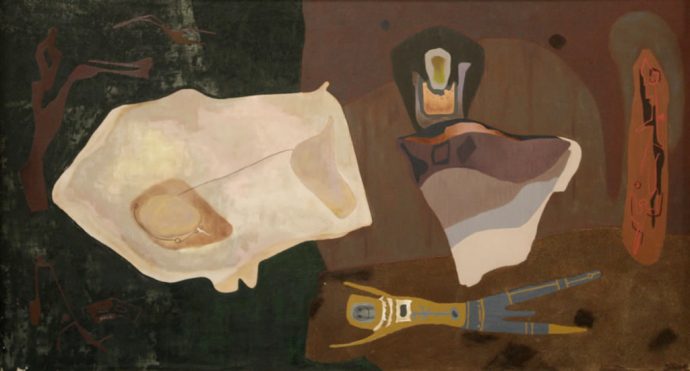 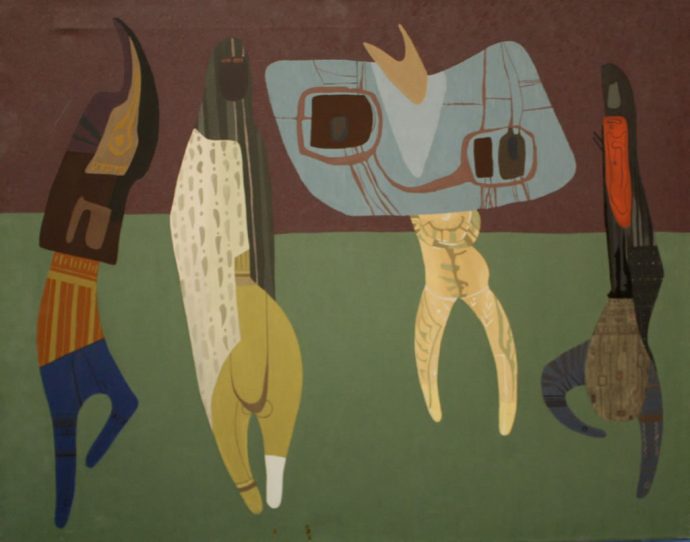 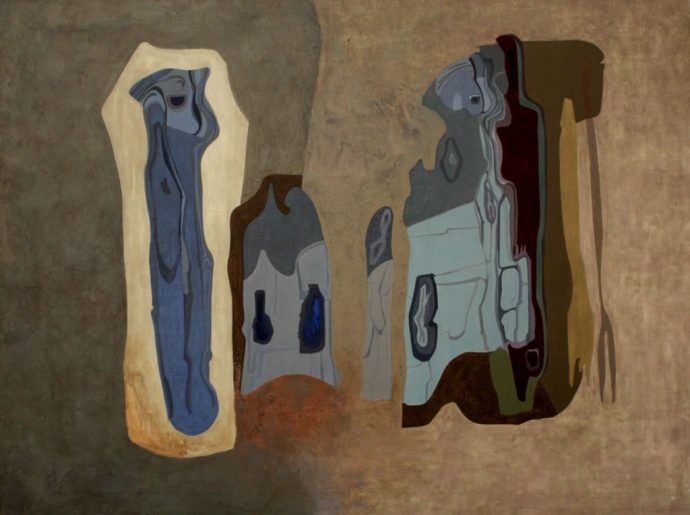 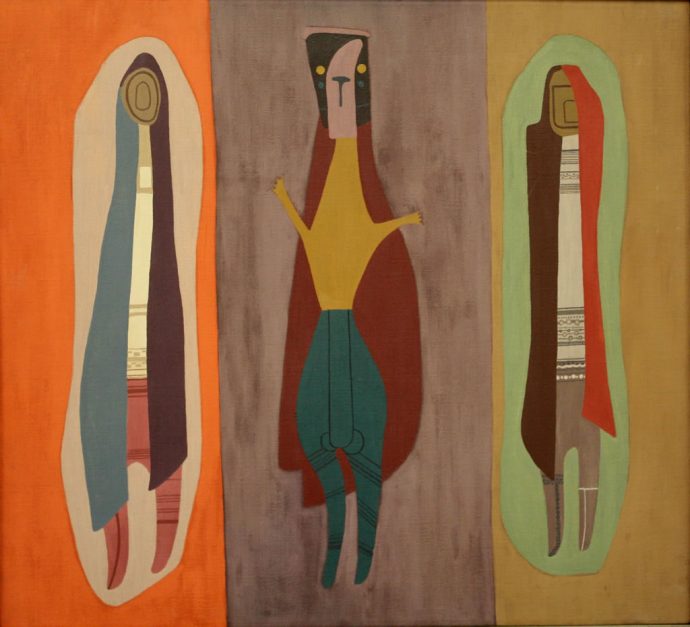 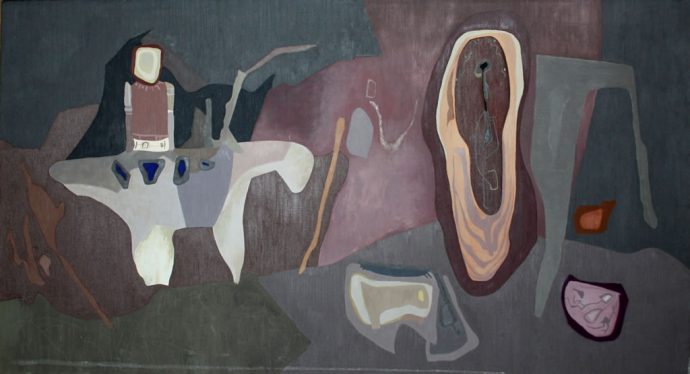 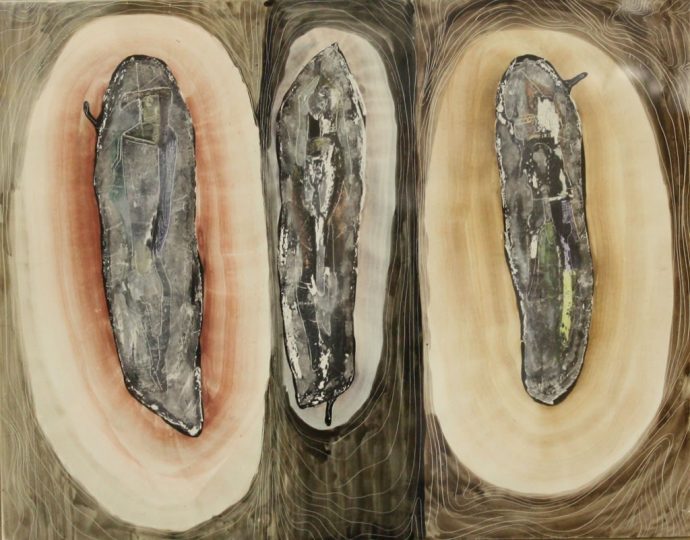 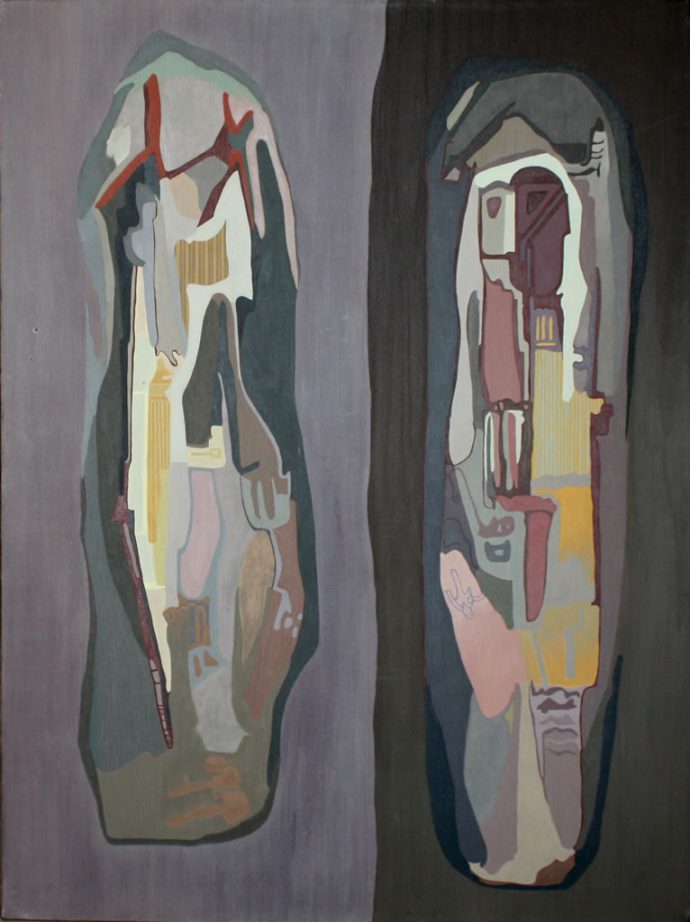 These small paintings were done as studies for larger works. We believe that any larger works that may have been executed using these small studies were eventually sold or given away by Norman Daly. In other cases, a larger work may not have been created. Two of these studies which that have a corresponding larger work among those represented here. These are: ‘Autumn Rites’, and ‘Initiation Rites’. See related Mythical Animals Series 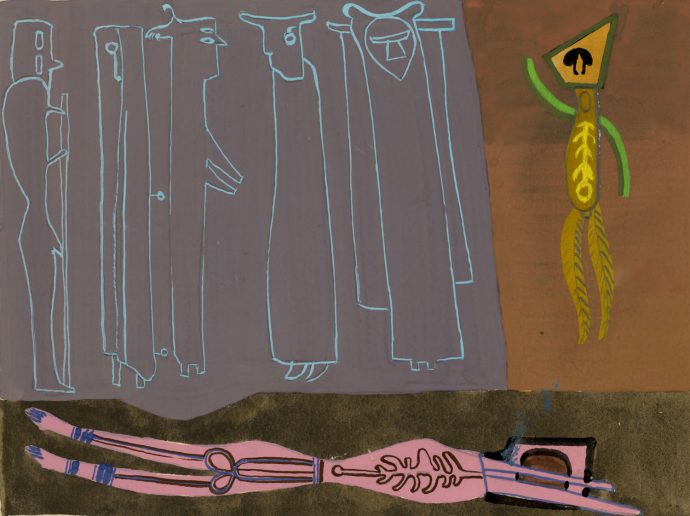 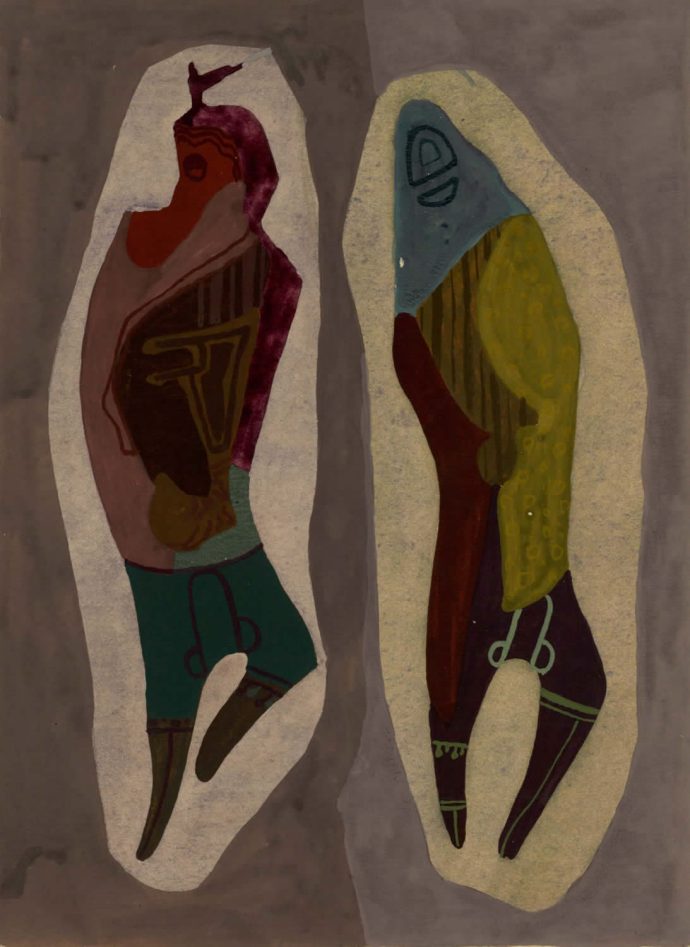 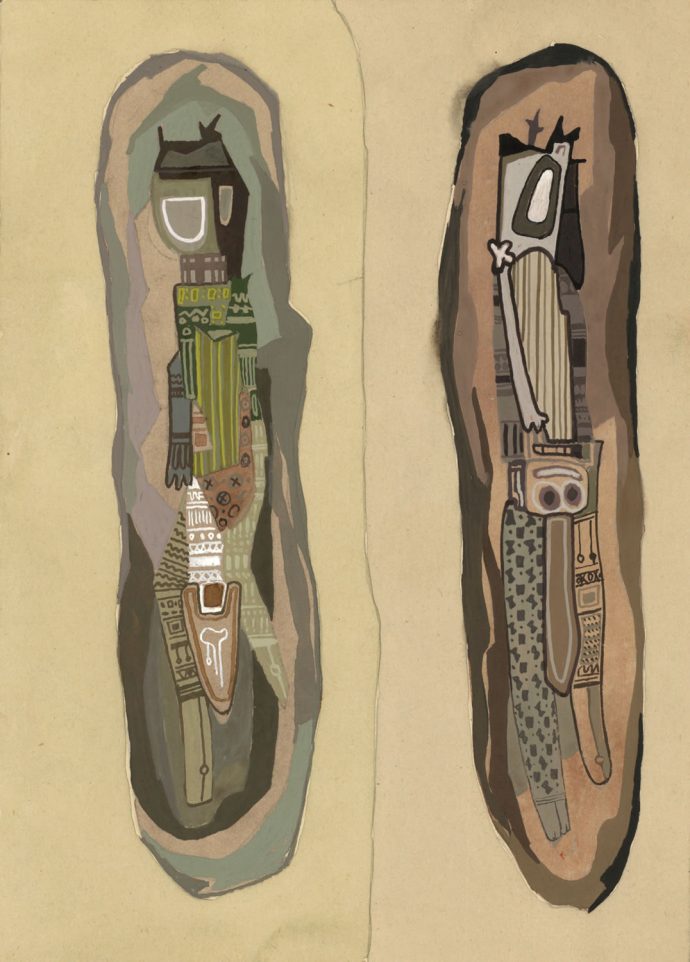 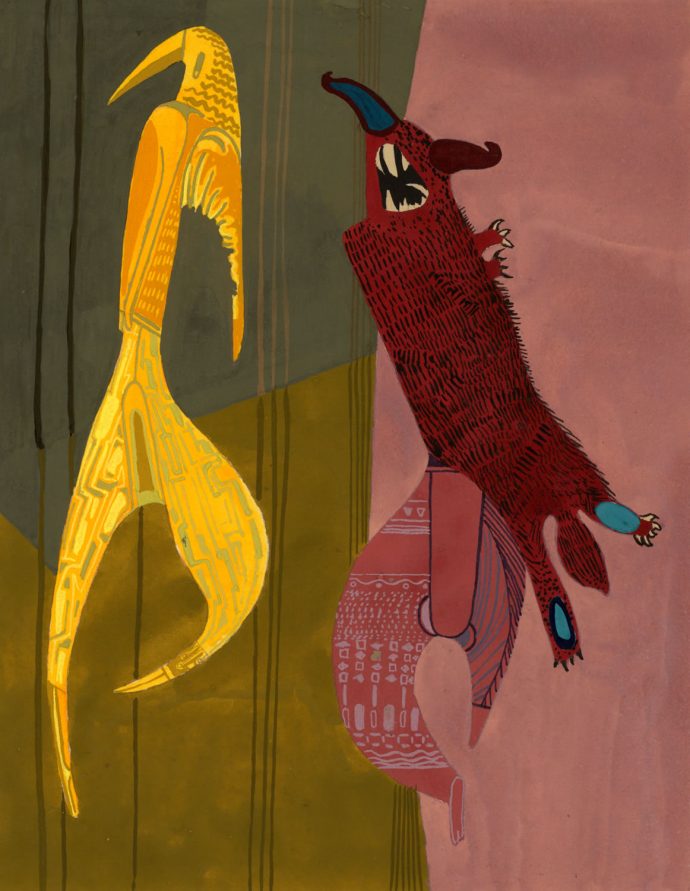 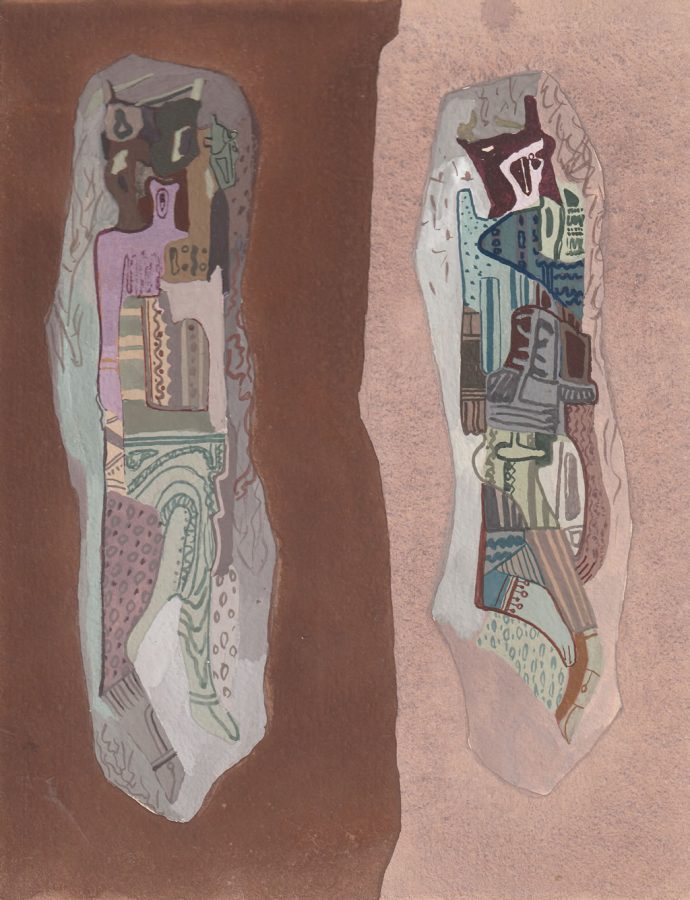 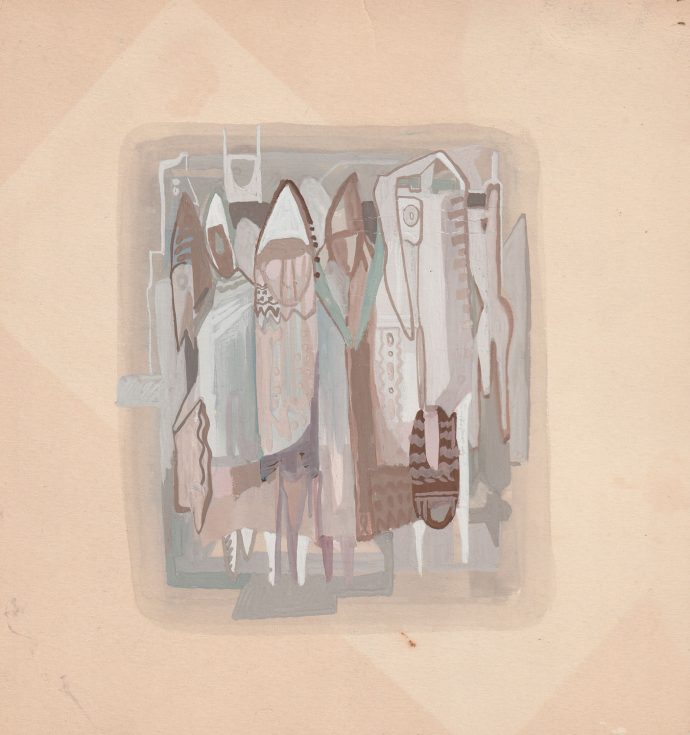 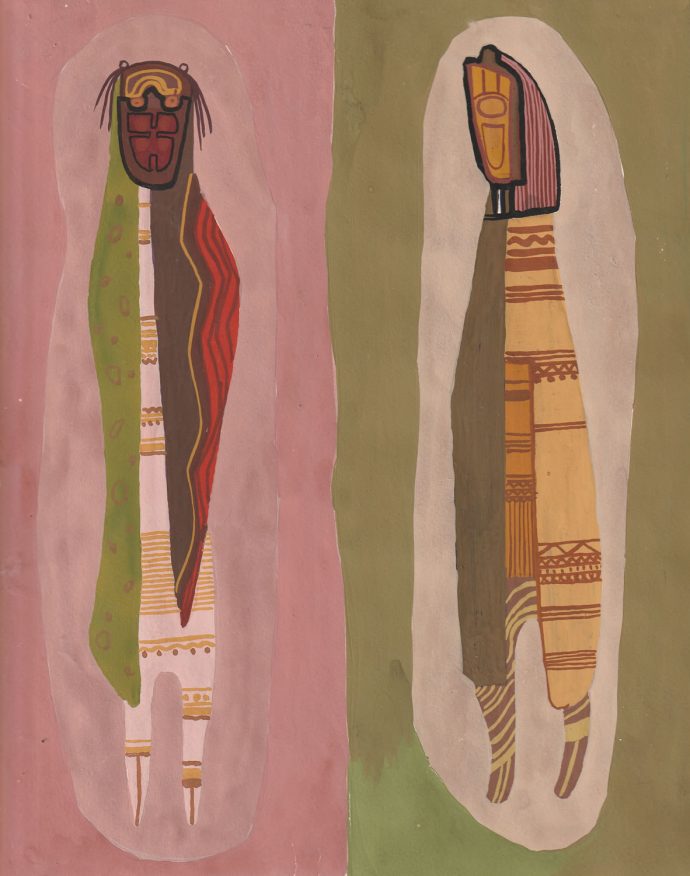 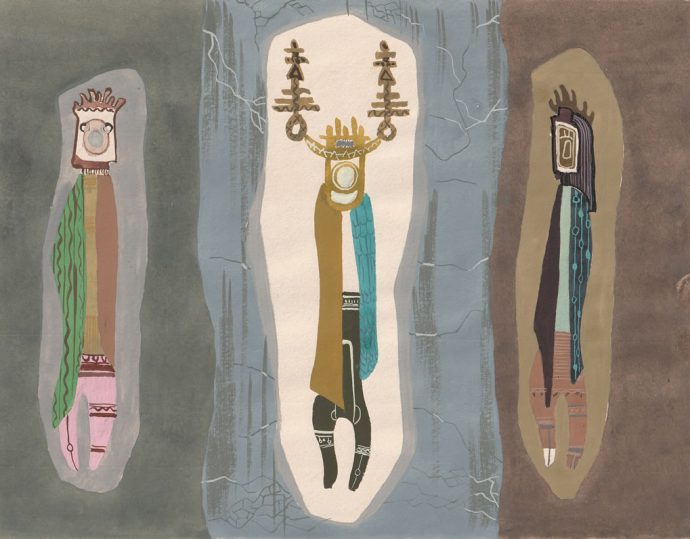 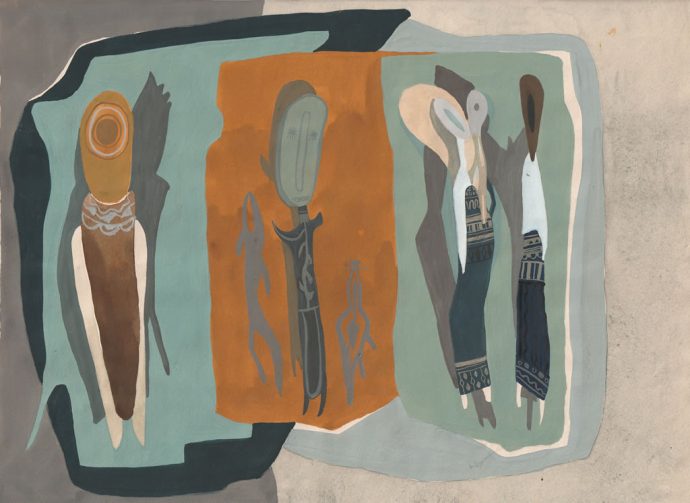 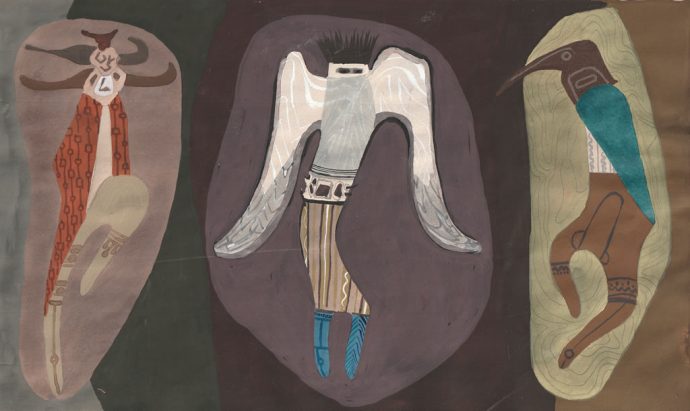 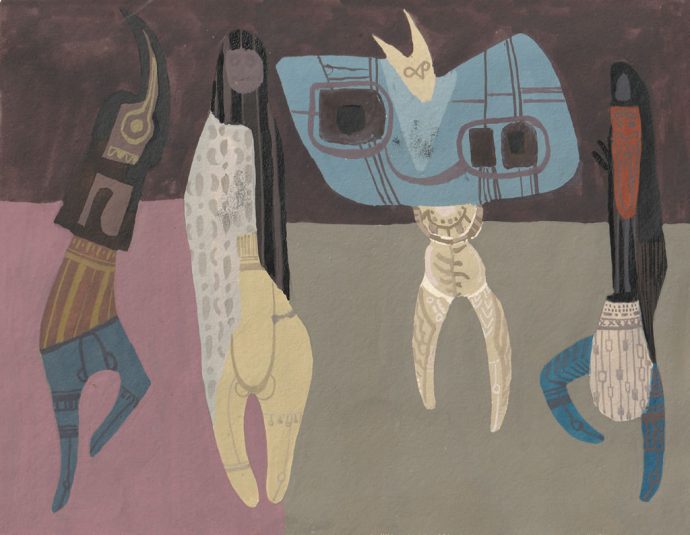 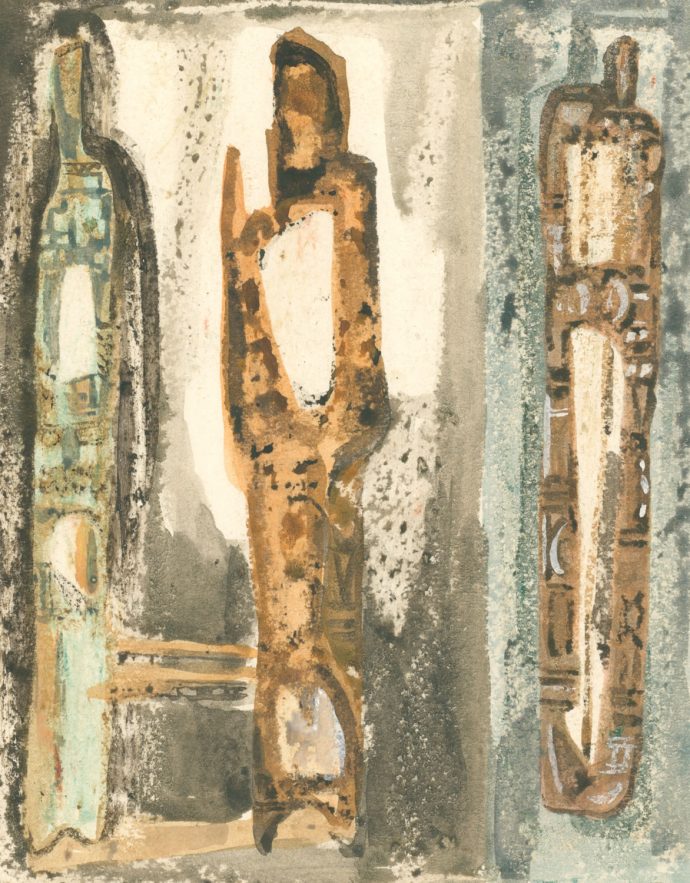